Orchids are very large and popular species of flowering plants. They showcase a wide spectrum of diversity, coming in so many different colors, shapes, and sizes. Because orchids are traded as cut flowers and potted plants, they have great economic and ornamental value.

Their natural and human-determined diversity were put on the spotlight during the online seminar of the UPLB Museum of Natural History last August 2022. The webinar was really fortunate to have Dr. James Keach, Assistant Extension Agent and faculty for Ornamental Crops on the Island of Kaua’i in the University of Hawaii System as guest speaker.

Dr. Keach discussed “Orchid Diversity, as Captured through Breeding” wherein he was able describe how much variation there is in orchids and the different ways plant breeders have benefitted from the use of these variations over the years.

According to Keach, orchids have over 25,000 species and this immense diversity has led him to be very much interested in orchid breeding and producing especially different kinds of hybrids. “Breeding orchids is fascinating because one can get different colors and shapes that may result from crossing two parents,” said Keach.

But more interestingly, orchids, according to Keach, uniquely produce viable hybrids not only through the crossing between species but also between related genera. “Intergeneric crosses, or crossing between different genera, are not very common in the plant world but is feasible in orchid breeding,” Keach shared. As a result, there is an infinite number of combinations and infinitely possible crosses and outcomes when breeding orchids.

“Having tiny and numerous seeds, orchids have more chances in germination which is also key in successful propagation,” Keach said.  A seed pod can contain up to millions of dust-like seeds, he explained. “Due to the number of orchid seeds in a pod, it is really possible to come up with the one in a million chance of producing a new hybrid,” added Keach.

To showcase the numerous combinations one can come up with, Keach explained ‘grexes’, a name applied collectively to the offspring of a given cross between orchid hybrids/species.

Showing a diagram of outcomes of orchid breeding, he illustrated how seedlings grown from a hybrid cross could belong in the same grex but will look quite different from one another. “It makes the mind boggle, especially when there is so much diversity in the offspring, yet they can still have the same name,” said Keach.

Orchids have been hybridized since the mid-1800s, resulting to a multitude of orchid hybrids globally. There are now databases which show the hybrids’ pedigree and percent composition of different species which gives us an idea of the newer hybrids’ ancestors. So, when it comes to nomenclature, Keach gives particular interest at how orchid registrars allows breeders to come up with a new genus especially when combining multiple genera and name grexes based on their preference. With this, breeders have great freedom in naming new orchid varieties.

“Oftentimes, breeders have their way of poking fun at naming new species and hybrids,” said Keach. For example, Keach cited breeder and baseball fan, J. Rumrill in 1989 who expressed his support to the baseball group New York Mets by combining Comparettia falcata x Gomesa crispa to come up with Gomettia Pennant. “Rumrill is actually giving support to the baseball franchise in its bid to reach the pennant or championship,” he said.

Because they possess quite a number of different attractive orchids, breeders have used the orchids’ promising characteristics in coming up with new varieties which highlight their preferences. Bright colors, long-lived flowers, shape, and fragrance are factors considered by breeders in crossing different hybrids.

Emphasizing the importance of harnessing diversity in breeding, Keach highlighted its connection with conservation especially for rare orchid species with a narrow genetic base. He relayed that on another note, despite having over 25,000 species worldwide, orchids are already experiencing significant threat due to changing climate, habitat destruction, and excessive poaching from the wild.

You may watch the recording of this webinar in our Youtube channel: https://youtu.be/rDwVAZyvi9c 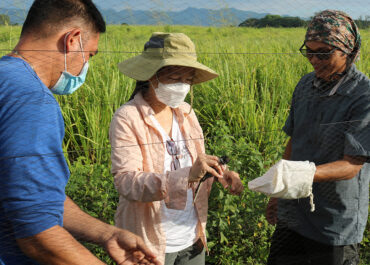 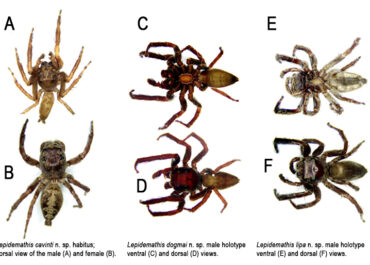