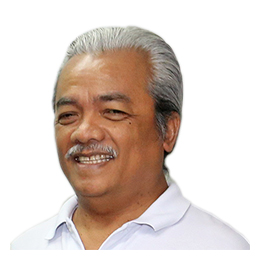 Dr. Ireneo L. Lit, Jr is Professor 12 at the Environmental Biology Division, Institute of Biological Sciences, College of Arts and Sciences, UPLB and concurrently its Division Head. Ireneo or “Jun” gained his PhD by Research (2002) and MS degrees (1989) in Systematic Entomology and his BS Agriculture (1983, Major in Entomology) from the University of the Philippines Los Banos. Jun was a Honorary Visiting Postgraduate Research Fellow in Ecology, Evolution and Systematic at the Australian National University from 1994-1997.

He is a Curator of Mealybugs and other Scale Insects (Coccoidea) in the Entomology Museum of the UPLB MNH; Affiliate Professor in the Institute of Weed Science, Entomology and Plant Pathology (College of Agriculture and Food Science), Department of Forest Biological Sciences (College of Forestry and Natural Resources), School of Environmental Science and Management, and in UP Diliman, the UP Institute of Biology.

He is also a member of the Department of Environment and Natural Resources (DENR) Biodiversity Management Bureau’s roster of experts and sits in the Philippine Red List Committee. He has served as chair and member of various editorial boards of several peer-reviewed journals, namely; The Philippine Agricultural Scientist, The Philippine Entomologist, UPLB Museum Publications in Natural History, and the International Journal of Entomological Research.

Jun is a prolific researcher, having published nearly a hundred articles in refereed, non-refereed, semi-technical or popularly written articles.