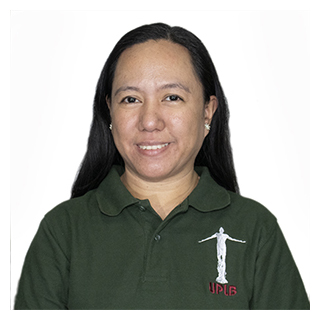 Michelle is a licensed Forester. She finished her Bachelor of Science in Forestry, major in Forest Biotechnology from the University of the Philippines Los Baños and is currently taking her Master of Science in the same university.

Prior to joining the Museum, Michelle worked for the Foundation for the Philippine Environment, Quezon City as a Partnership Building Specialist; Philippine Disaster Recovery Foundation as forester; and the San Carlos Development Board, Inc. as an agroforestry management coordinator.

Michelle is skilled in environmental restoration work such as invasive removal, soil stabilization and erosion control, stream restoration, trail maintenance and volunteer management, and use of GPS and GIS for surveying and digital mapping.