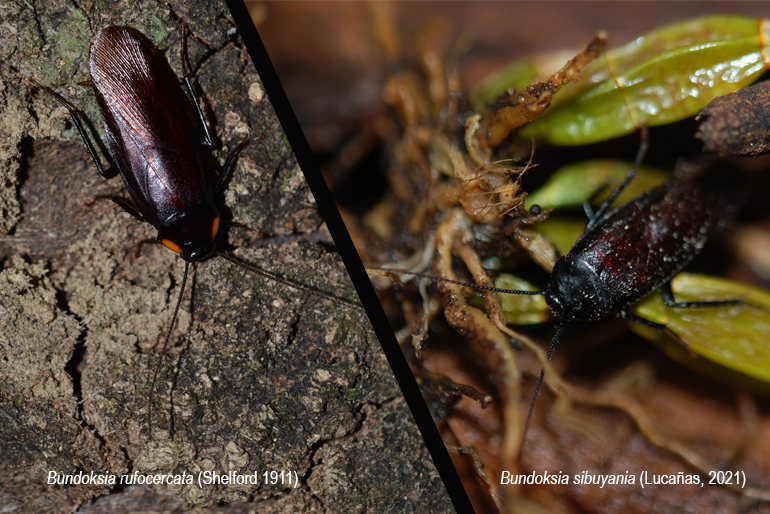 Cristian Lucañas, research associate at the UPLB Museum of Natural History, has just recently published in the Journal of Natural History (https://doi.org/10.1080/00222933.2021.1928317) a new genus of cockroach, Bundoksia, along with a new species under it. The new genus, according to Lucanas, is placed in the Family Blattidae, but due to conflicting characters, weren’t classified to any subfamily.

The new genus Bundoksia, according to Lucañas, is actually a result of a taxonomic resolution of a species which has been described more than a century ago.

“In 1910, British entomologist Robert Walter Campbell Shelford described a species of cockroach from the Philippines based on a single female specimen and named it Blatta rufocercata,” he recounted.

“No additional specimens were collected after that and its name remained unchanged until Kārlis Princis, a Latvian-Swedish entomologist, transferred B. rufocercata to a mostly African genus, Cartoblatta, based on the shortened wings of the female,” Lucañas explained.

According to the young entomologist, while doing curatorial work, he found a single male specimen of Carloblatta rufocercata among the entomological collections of the Museum. “It was an unidentified specimen collected in 1981 from Carranglan, Nueva Ecija,” he said. “I was able to identify it at first as C. rufocercata using available literature. But, to be honest, I was a bit doubtful.”

Fortunately, Lucañas’ recent surveys in various localities in the country, alongside those which were done by his entomologist colleagues, have resulted to more insightful observations.

“We saw that individuals which were similar to the Museum’s male C. rufocercata specimen were positively associated with the female specimens we have collected during surveys.

However, he also made other observations during his time comparing specimens in his collections. “I noted that some characters were “weird” for the present subfamily on where the Cartoblatta is presently placed,” he said.

According to him, the character of the C. rufocercata (i.e. smooth pronotum and flattened tibiae) fits with the subfamily Blattinae. “But I saw other characters (i.e. spination on the femur) in the specimens I was studying which fit the subfamily Archiblattinae,” he said.

The unique combination of characters, according to him, warranted that specimens under study be placed on a completely new genus. Hence, the genus Bundoksia, which refers to “mountain” was erected.

Meanwhile, another species was described based on a male cockroach collected by Lucañas in Sibuyan Island, Romblon in 2016, aptly named as Bundoksia sibuyania. Some of his colleagues were also able to collect female specimens in 2015 and 2017 which are now designated as the paratypes.

Aside from the holotype specimen of Shelford in 1911, Lucañas was also able to examine several other specimens and determined that Bundoksia cockroaches have been found in Ilocos Norte, Nueva Ecija, Tanay, Laguna, Quezon, Camarines Sur, and even in Mindoro Island.

“There is a possibility that Bundoksia is widespread in the country, but their occurrences have not been uncovered because only a handful of people are studying cockroaches of the forest,” he said.”I have seen some pictures online of some cockroaches from Marinduque which I really think are B. rufocercata,” Lucañas shared. “There is also an unplaced cockroach species from Hainan, China, which could be a member of Bundoksia as well,” he said. 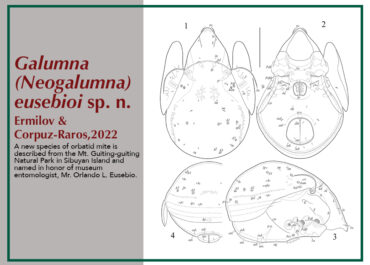 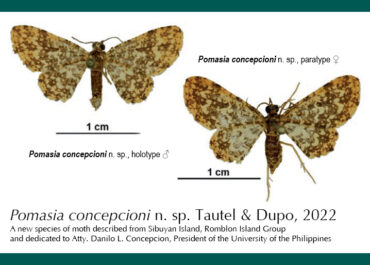